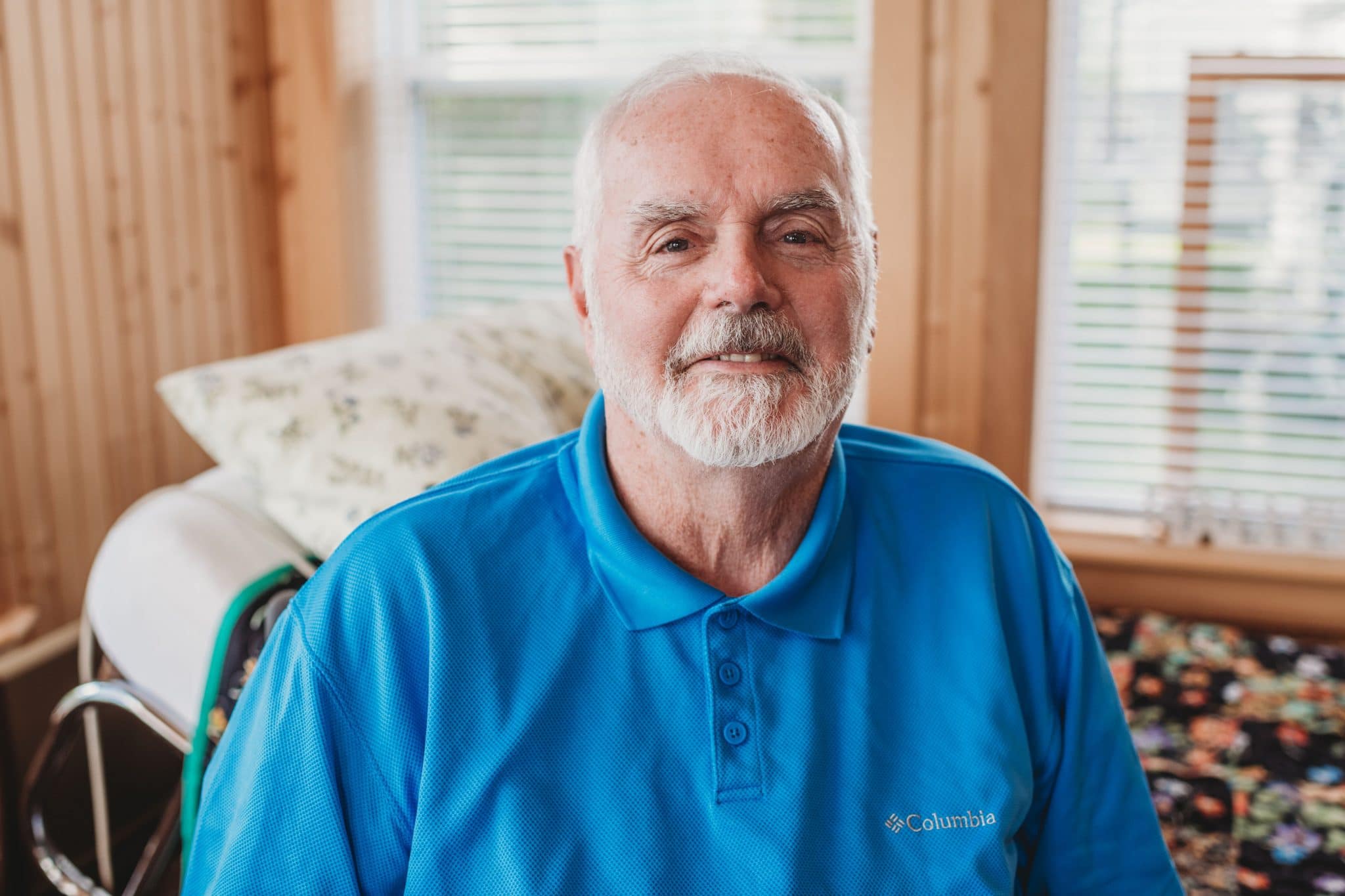 “The value of the Music Therapy program I could not put in dollars and cents. It allowed me to experience things that I would not have been able to express without Kelsey’s knowledge, expertise and supportive guidance as we formulated a legacy for my family. What a valuable way to help me express so much to my family especially at this time.”

Those words were written by Wayne Vacheresse in expression of his appreciation for the Music Therapy program at the Aberdeen Hospital and the work of therapist, Kelsey MacDonald. Sadly, the world lost this wonderful man on July 12, 2020. After a courageous battle with ALS (Amyolrophic Lateral Sclerosis), Wayne left the world in peace and dignity with his beloved family at his side.

Prior to his diagnosis with ALS neither Wayne nor his wife Virginia had ever been in the health care system. The couple accepted and understood that they were embarking on an incredibly difficult journey. They did not know what to expect and were tremendously grateful for the quality of compassion and support they received from their health care teams.

During his life Wayne, a teacher, was also a hard-working and dedicated volunteer, considered a role model in many ways. In 2019 he was recognized by the town of New Glasgow for his work with the Pictou County Sports Heritage Hall of Fame. Virginia and he were also acknowledged by the Salvation Army for years of volunteerism. Contributing to the welfare of others didn’t end with Wayne’s diagnosis as he didn’t hesitate to be part of a research project for ALS with the University of Alberta.

At one point during a two-hour interview with the researcher, Wayne and Virginia were asked what they had found most valuable during their ALS journey. Their response included health care teams at every stage and level, spirituality – and music therapy. Intrigued to hear music therapy on the list, the researcher wanted to know more. In rating what was most helpful, Wayne found music therapy was number one with regards to his spiritual and mental wellbeing. He said that the health care system was extremely helpful for his physical health, music therapy was invaluable in all other areas of his wellbeing.

“Patients don’t often get a chance to talk about themselves or their lives,” says Aberdeen Hospital, Music Therapist, Kelsey MacDonald. “Legacy projects are an opportunity for them to capture and record meaningful thoughts, emotions and stories which loved ones can cherish. I think sometimes we forget that physical health is just one piece of the human puzzle and we lose sight of the importance of mental and spiritual health.”
Kelsey was in touch with the couple weekly and in their words was considered a vital part of Wayne’s health care team. “I received enormous benefits which I would not have experienced otherwise,” wrote Wayne in a letter to the Aberdeen Health Foundation. “It has really rounded out the whole aspect of holistic care. Knowing that my time here on earth is limited, Kelsey helped us move forward, see what was behind us and look positively at what was ahead. When I found things hard she made them easy. She gave Virginia and I strength to do the legacy program and leave my loved ones a part of me that will always be with them.”

Music therapy at the Aberdeen Hospital provides patients and their families with end of life care and support. Therapy can involve relaxation, evoking reminiscent conversation, anxiety reduction, and legacy projects which may include song writing, memory bears and audio recordings. Today, Virginia truly appreciates the project Wayne created with Kelsey. Listening to Wayne telling stories, hearing his voice and laughter, she says has been wonderful and a lasting gift to her and their family.

“To receive Wayne and Virginia’s letter regarding how essential the music therapy program had been to his wellbeing was heartrending,” says Aberdeen Health Foundation Executive Director, Michelle Ferris. “We are so grateful to them for reaching out at such a difficult time so that others might see the possibility of healing even through the deepest grief.”

While Palliative Care is the primary focus of the Music Therapy program it also extends to the hospital’s Alternative Level of Care Unit and pediatric rehabilitation. The Foundation is proud to partner with the Aberdeen Hospital Auxiliary, Aberdeen Palliative Care Society, and Pictou County Prostate Cancer Support Association to make the program possible.

The picture of Wayne Vacheresse was taken in June 2020. His desire to share this story so that others might benefit is simply another testament to his thoughtfulness and generosity.