Insurance for the Future

Home 5 News 5 Insurance for the Future 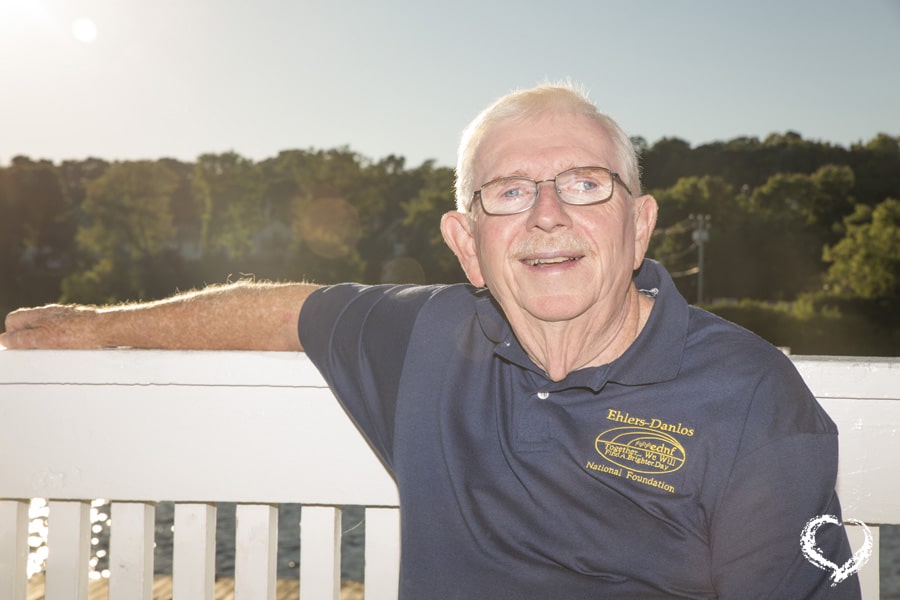 Robert Rogers is someone who supports what he’s passionate about. He volunteers tirelessly, something he calls staying “sanity busy” – from volunteering at the Shepherd’s Lunch Room, including 14 years as President, to volunteering at his church for the past 14 years, and the past 8 years involved with Race on the River where he is currently President.

Robert’s warm spirit has been unblemished by the losses that life can deliver. His wife Joyce had a rare genetic condition that causes one’s arteries and organs to rupture, often without warning. It meant that she lived with chronically deteriorating health and the risk of sudden death.
Her final attack came in December 2011 on Robert’s birthday, and it meant she spent the remainder of her days – 22 months – in the hospital. Robert spent every one of those days at his wife’s side. He met the uncertainty and exhaustion of not knowing if his wife would live or die with an emotional strength he says he learned from his mother, a woman who had been twice widowed.
He recalls a time when he had been trying to comfort his mother, saying that time will heal. Her response was so quick and so profound it became one of the greatest lessons he would carry forward with him in life. She said, “You live with it.”
The loss of his wife would not be the last tragedy to visit Robert that year. One day he returned home to find his and Joyce’s only son dead. He had the same condition as his mother and throughout his life they prepared for all that disease might bring. But, in a final twist, it turned out Brian died of a different genetic condition, one that he’d inherited from his father.
And while many of us would rightfully retreat into grief, Robert continued to give and to think of ways he could do more.
“I feel like I owe the medical system big time. Because of our system, I still have my home, my ability to live independently. The nurses spared nothing for Joyce. Her condition at one point required round the clock care for about three months, special diets, and special dressings.”
“I was always proud of the hospital. I donated to the Foundation’s initial capital campaign and continued to donate through the years. I know our health system needs more than government money.”
Robert realized that he had something more to give, an insurance policy that he no longer needed for himself. “I put money away for retirement. I have a good pension from my years as a teacher and principal. I have everything I want. I have no other obligations.”

One day while volunteering as a community minister at the hospital Robert decided to drop in and chat with Susan Malcolm at the Aberdeen Health Foundation. That’s when he decided he would change the beneficiary of his life insurance policy and to designate his gift to the Foundation’s Medical Equipment Endowment.
“I saw firsthand the need. Hospitals are complex. The needs are complex. Our system can provide the basics, but can’t provide the frills. We need a limo.”
Robert Roger’s gift was as simple as changing the designated beneficiary on an existing life insurance policy. Upon his death, the Aberdeen Health Foundation will receive the value of the policy and Robert’s estate will receive a tax credit. New or existing life insurance policies can be designated to charity; in such cases, the premiums may be tax deductible.
Because of donors like Robert, the Aberdeen Health Foundation is marking 30 years of enhancing health care in Pictou County and more than $20 million in advanced equipment and care for our region.
To learn more, contact us or speak to your lawyer or financial advisor.