When the Aberdeen Health Foundation hosted its 30th Annual General Meeting earlier this year there was one board member for whom this marked a personal milestone as well.

Jim Gogan has served on the Aberdeen Health Foundation’s board since it was established in 1986.

Jim Gogan has served on the board all 30 years, since the Foundation was established in 1986. Reflecting back to how it all began, he is struck by how the need remains very much the same. “My wife and I used to play bridge with Dr. MacQuarrie and his wife Caroline. He was very concerned that equipment was wearing out at the hospital and that with cutbacks from the government, it wouldn’t be possible to replace needed equipment.”
MacQuarrie’s friends responded by passing the hat around and managed to collect enough to get a few new items, helping to alleviate their friend’s immediate concerns. But they realized that wouldn’t be sustainable. 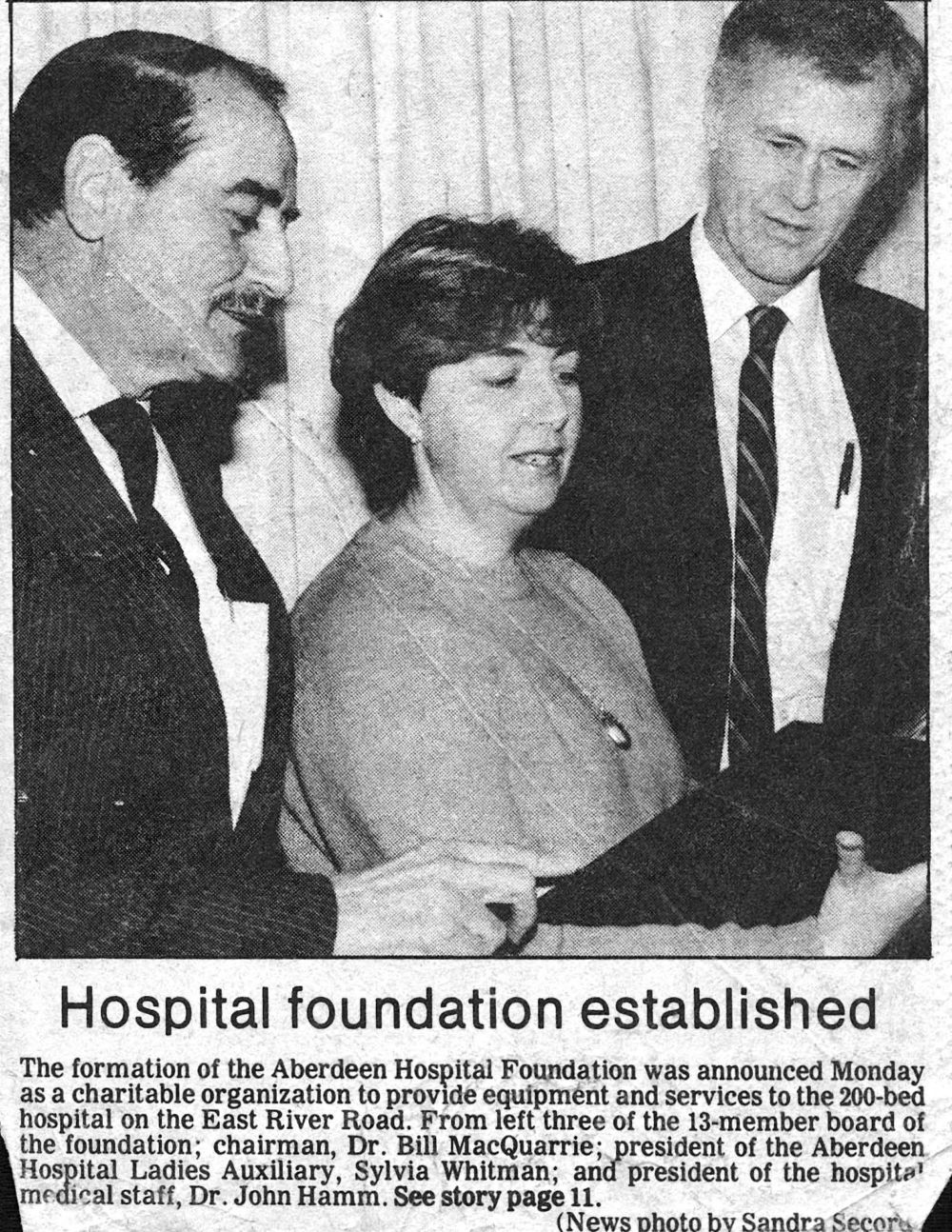 More people got involved and soon the idea to create a charitable foundation emerged. “We dreamed that if we could create an endowment we could use the interest earned to buy new equipment every year.”
They set a goal of $5 million, and with Scott Weeks as Chair of the Capital Campaign and Dr. John Hamm as Chair of the Foundation, they let the community know that if they were successful they would not have to ask again for more. 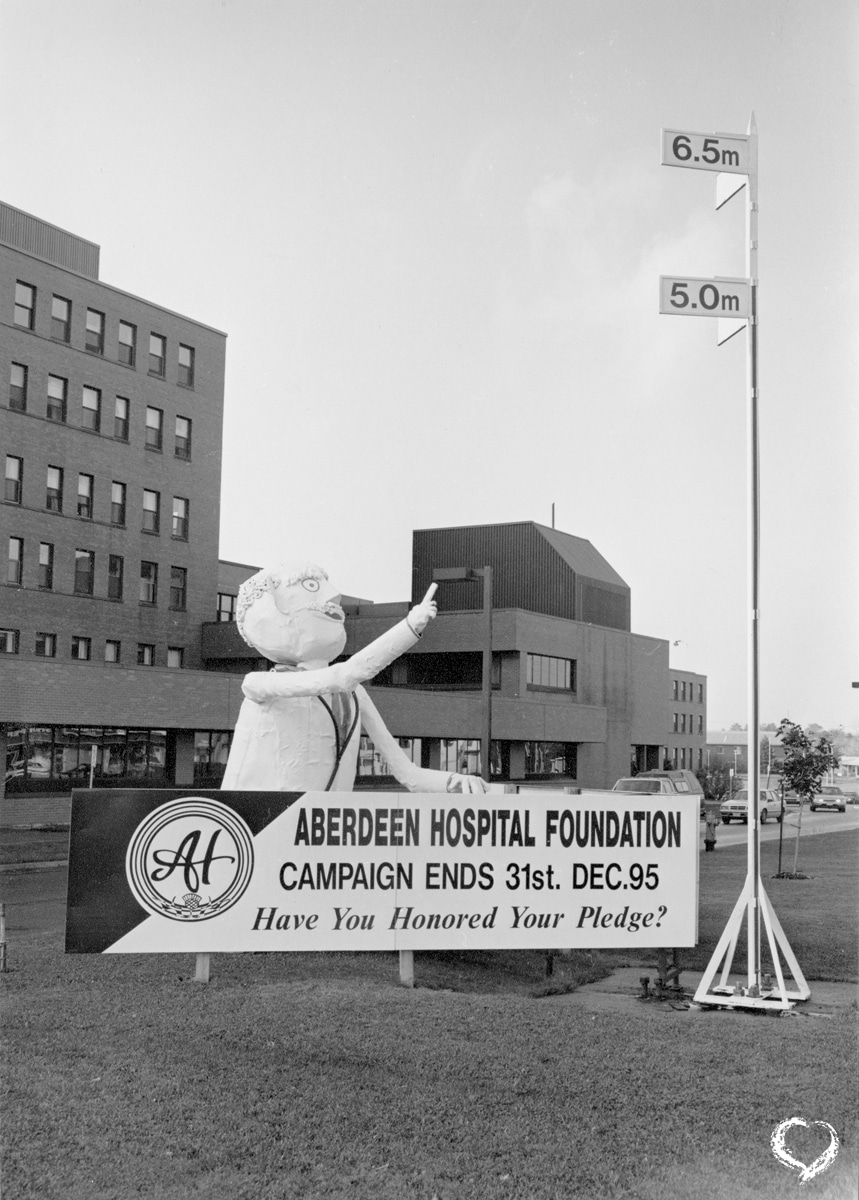 They hired a professional fundraiser from Toronto who told them they would never raise that kind of money for an endowment. The campaign team raised $6.5 million. Clearly, those fundraisers didn’t know the community.
Today, the Foundation manages an endowment in excess of $40 million. “This community continues to give freely, which enables the Foundation to make a significant impact every year and be in a position to respond to emerging needs,” says Executive Director, Susan Malcolm. With careful stewardship, the endowment provides $1 – $1.5 million annually for enhancements to health care in Pictou County.
And while funding for equipment and specialized training for staff remains the core focus of the organization, recent years have seen the Foundation broaden its mandate in order to also impact health promotion and disease prevention.
Part of this shift was facilitated in 2013 when the former Children’s Aid Society of Pictou County transferred its endowment to the Aberdeen Health Foundation. Not only was this a testament to the trust that was being placed in the Foundation, it established a new endowment that expanded the organization’s reach, with funding that flows beyond the walls of the hospital and into the community for programs that foster healthy, resilient children and families in Pictou County. 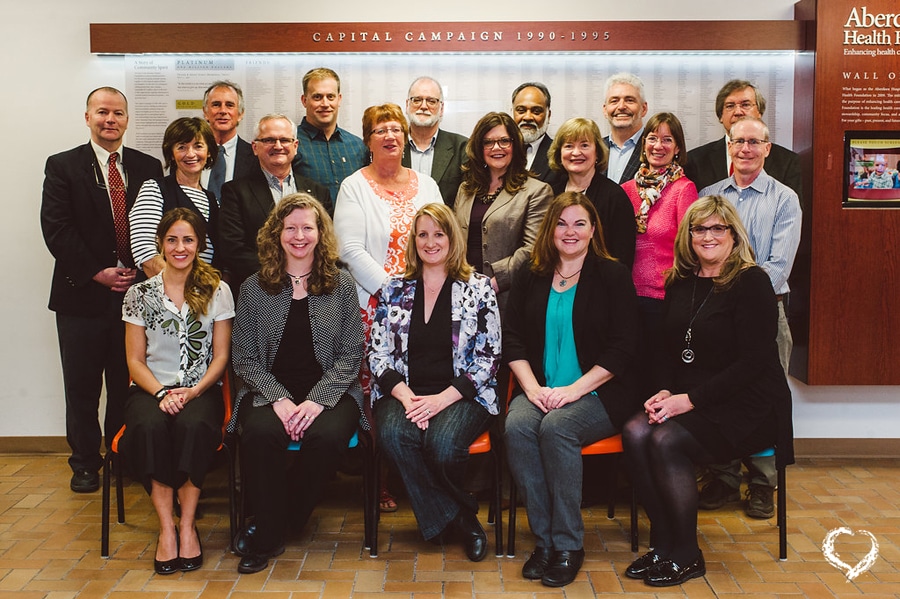 Ever forward-thinking, the Foundation has established a population health committee, which is helping to inform its funding priorities, using the social determinants of health as a decision-making lens. “This is leading to some really transformative conversations on our board, but as always the community remains at the heart of our discussions,” says Hilary Amit, Chair.
There is also a government relations committee, which works to facilitate health promotion conversations with municipal and provincial partners in order to bring a coordinated approach to the health needs particular to Pictou County. “The fact that our board has initiated this work underscores its leadership and vision. I continue to be humbled by the way our board demonstrates its commitment to having the greatest impact possible on health and health care in our community,” says Malcolm.
To read some of the firsthand accounts of how the Aberdeen Health Foundation is making a difference, please visit the “Your Support At Work” section of our website.