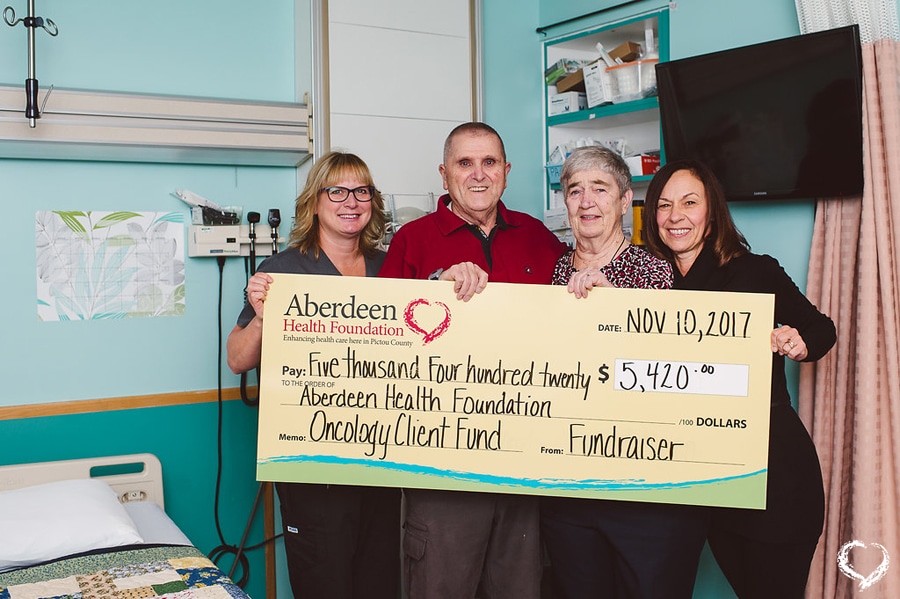 Doug Guthro has made it his mission to help others in Pictou County who have to travel to the city for cancer treatment. It came from his own experience supporting his wife who needed three weeks of radiation treatment in Halifax earlier this year. During that time, they were able to stay at the Lodge that Gives.
“It’s a great place. While there I learned that people from Pictou County use it more than anyone else,” says Guthro.
He got thinking about the costs associated with travelling to the city regularly – gas or cabs, and the cost of staying overnight. “There’s no charge to patients but it was $65 a night for me to stay with Margie. The thought of people not being able to afford to have someone accompany them for their treatments was weighing on my mind.”
When they returned home after Margie’s treatment, Doug was looking around his house and realized there was something he could do. A self-taught and prolific artist, Doug had more than 130 pieces of original artwork in his home.
“I looked around and said they’re no good to me, I’ve got to do something with them.”
That’s when he got the idea to host a fundraising event for the Aberdeen Health Foundation Oncology Client Fund, which helps patients with the travel costs of their treatment. He invited people to make a donation to the Foundation in exchange for a piece of art.
“It was a great success, we raised almost $5,500, but my goal is to raise $10,000. 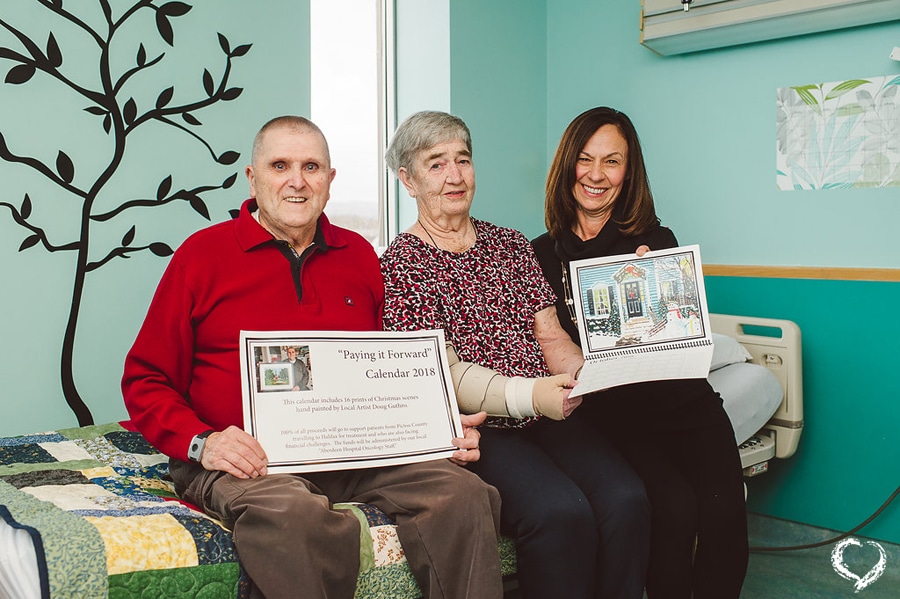 Leading up to Christmas, Guthro compiled a “Pay it Forward” calendar featuring art from Christmas cards he’d painted over the last 20 years. He set up at Walmart in early December and sold every one, bringing him $1,700 closer to his goal.
Cancer patient navigator for Nova Scotia Health Authority’s Pictou Site, Bonnie McCarron is extremely grateful to the Guthros. “In the work that I do as Cancer Patient Navigator for Pictou County I see firsthand the financial impact that patients face along with a cancer diagnosis. Support from one’s family is essential in helping patients get through treatment. Doug and Margie understood this from their own experience and really wanted to help others. They are truly ‘paying it forward’.”
According to Guthro, the success was not all his own. “I really want to thank the great group of people I swim with at the Y every day, they are my swim family. I couldn’t have done it without them; they supported me in every way.”
Guthro plans to hold another event next summer and hopes he’ll be able to hit his goal.
Speaking on behalf of the Aberdeen Health Foundation, Susan Malcolm was appreciative of Doug for hosting such a creative fundraiser. Malcolm hopes more people will take his example and reach out to the Foundation to explore their ideas for fundraising. “We love the role that we get to play in helping donors discover the ways they can make an impact on the area of health care they’re most concerned about.”